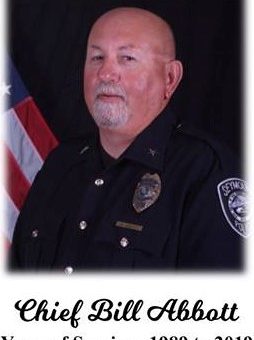 (SEYMOUR) – According to a press release, Seymour Mayor Craig Luedeman is recommending the Board of Works place former police Chief Bill Abbott on administrative leave as part of an ongoing investigation into ghost employment and official misconduct at the request of Indiana State Police.

The board meets today.

Ghost employment is when a person collects pay from another job or performing personal tasks while on duty.

Sgt. Wheeles could not comment further on the case but did say it was important to note at this time these are just allegations.

Once the case is investigated ISP findings will be presented to the prosecutor for review.

Seymour Police Department is the only department the 55-year-old chief has ever served. He retired on September 16th. Abbott plans to join the department as a reserve and work hospital security beginning in March when his time-off pay ends.