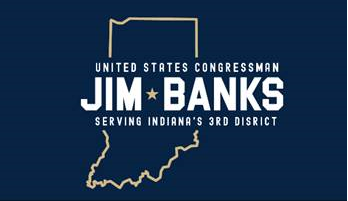 “Since he entered Congress, Rep. Jim Banks has been focused on the national security issues that will define the next generation,” said Ranking Member Thornberry. “He’s sounded the alarm on the national security threat posed by China through adversarial companies like Huawei and ZTE, and he’s provided constructive solutions to recharge our own organic defense innovation base. Rep. Banks’ fresh-thinking will be a boon to this Task Force.”

“The future is coming, and we need our military to be ready. I am honored to be tapped to lead this important Task Force and help our country brace for new, complex national security threats coming from China and Russia,” said Rep. Banks.

The bipartisan Future of Defense Task Force is chartered to review U.S. defense assets and capabilities and assess the state of the national security innovation base to meet emerging threats.

HASC Committee leadership can initiate a task force to execute oversight of issues that cross multiple subcommittee jurisdictions or are deemed worthy of special attention by its Members. Reps Smith and Thornberry initiated the Future of Defense Task Force to examine the Department of Defense’s strategic priorities, capabilities and operational concepts to ensure the national security innovation base is poised to meet long-range emerging threats and the rise of global competitors.

From initial activation, the duration of the Task Force is three months with the option of renewal for an additional three months. To learn more about the Future of Defense Task Force, its focus and how the Task Force will execute its roles and responsibilities, the Task Force co-chairs will host an on-the-record, off-camera roundtable discussion for Hill-credentialed members of the media on Tuesday, October 22, 2019 at 2 p.m. in the Rayburn House Office Building, Room 2212.

Please RSVP to caleb.randall-bodman@mail.house.gov if you plan to attend the media roundtable.