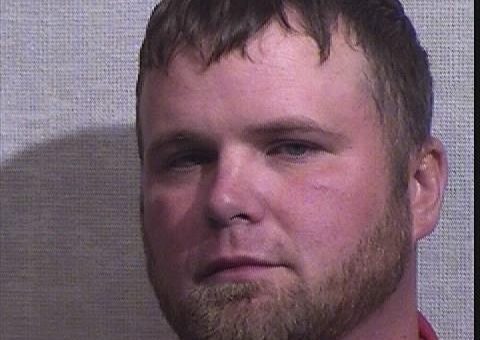 ( MEDORA)- On Sunday morning the Jackson County Sheriff’s Department received a 9-1-1 call from the address in the 9000 block of West County Road 275 South and nobody was on the line, but screaming could be heard in the background.

Officers were able to make contact with a female resident at the door. Officers observed blood on the shirt of the female.

The female was visibly upset. Deputies learned an argument began between the female and Shane Weddel.

The argument escalated and Shane struck the female several times and grabbed her across the neck and the female couldn’t breathe.

The female also stated she pulled out of the house by her hair.

Children were present when the altercation occurred. Shane denied any battery took place.

Shane Weddel, 33 of Medora was arrested for domestic battery in the presence of a child and strangulation.