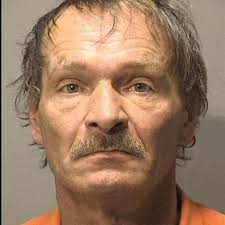 (INDIANAPOLIS) — The Indiana Supreme Court has upheld the stalking conviction of a man who followed a college student for more than an hour as she drove through several counties, and thwarted her attempts to evade him.

Falls, 56, had waved at the young woman at a Valparaiso stoplight on Feb. 13, 2018, and when she ignored him, Falls began “mimicking her actions, traveling down the same roads and trailing closely behind” her, according to court records.

The pursuit played out along U.S. 30 through five northern Indiana counties and continued after Falls had trailed her for about 70 miles (110 kilometers) to the city of Warsaw. There, the woman’s car was running low on gas, but she feared she would place herself in danger if she stopped to fill up, so she tried unsuccessfully to lose Falls by repeatedly driving up and down Warsaw’s side streets, court records show.

When the woman drove to Warsaw’s police station, Falls pulled between her vehicle and the building and she drove off, according to court documents.

After a second trip around residential streets, the woman returned to the police station and managed to run inside ahead of Falls to report his stalking.

Falls was arrested when he arrived at the police station. Records show that officers found a baggie of marijuana in Falls’ vehicle.

The Indiana Court of Appeals affirmed Falls’ convictions and his 3-year sentence in July. But Falls appealed to the state’s high court, arguing that his stalking conviction was improper because Indiana law defines stalking as “repeated or continuing harassment” that would cause a reasonable person to feel “terrorized, frightened, intimidated or threatened.” He argued that his behavior occurred in just a single incident.

The five justices rejected that argument, finding that a single episode of continuing harassment like Falls’ actions satisfied the legal requirement for a stalking conviction.

“A charge of stalking may be supported by conduct that is continuous in nature, even if it is a single episode,” they wrote in their decision.