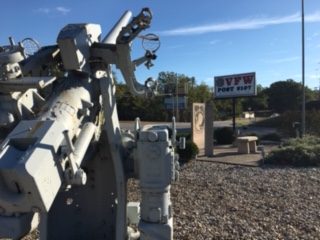 (MITCHELL) – The Mitchell VFW Post 9107 is in search of new members. Currently, they have more than 116 members who are active in the organization. But, with three VFW posts closing in their district this year, the group wants to be proactive.

The posts closed because they didn’t have enough members to fill the officer’s roles. And the rules have changed to accommodate new members.

There are three qualifiers for membership in the VFW, as set out in the By-Laws. An individual must meet all three in order to become a member. They are as follows:

This information is usually available through a Veteran’s DD-214. If other information is needed or if a veteran DD-214 is not complete they can contact the National Personnel Records Center at 314-801-0800. Or online at http://www.archives.gov//veterans/evetrecs/ to request more information.

Officials say it is imperative they verify the eligibility of every member that signs up for the VFW, not only to comply with the Bylaws but also to maintain the integrity of the organization.

If you have questions concerning membership eligibility, please contact the National Headquarters at 1-888-JOIN VFW or via email at membership@vfw.org.

If a veteran DD-214 or other military documentation confirms they have been awarded one of these campaign medals and they have served honorably, then they are eligible for membership in the Veterans of Foreign Wars.

The average age of membership is over the age of 60 to 70 years of age. Officials are trying to target the younger age group to be able to sustain the organization.

The Mitchell VFW Post 9107 is very active in various caused throughout the area. The local post donates an average of $7,600 a month, winning numerous awards for their efforts to support the community.

Some of the causes include Wreaths Across America, Grayson Burnette Cancer Support, Mitchell High School Athletics, and Boy Scouts Troops 348.

They have steak night on the first Friday of the month serving either T-Bone steaks, or ribeyes, with potato. They begin serving the meal at 5 p.m. until 8 p.m.

The Bike Rider Group serves pork on the third Friday of the month. On Saturday, October 12, 2019 Coyote 5.0 will be performing starting at 9 p.m.

“Right now, the younger military veterans are busy with the children’s activities and do not have the time yet to volunteer. Which have been attributed to low membership in other posts. We are trying to get a jump on recruiting new members so we can continue to grow our organization and sustain it,” said Henry Dersch, a member of VFW Post 9107.