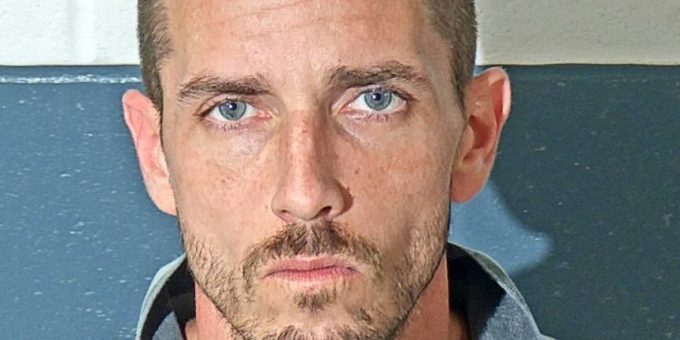 (BEDFORD) – A Bedford man was arrested after Bedford Police were called to the Big Lots parking lot on Sunday after a report of a man passed out in a vehicle and the vehicle still running.

When officers arrived, they found 36-year-old Joshua Woods in the vehicle.

“While speaking with Woods he showed usual signs of being intoxicated,” says Bedford Police Chief Terry Moore. “Officers administered a field sobriety test and later located a clear baggie that tested positive for methamphetamine. Woods was read Indiana Implied consent and he agreed to a blood draw.”

Woods was arrested on charges of operating a vehicle while intoxicated endangerment, OWI with a prior conviction, OWI, possession of meth, and driving while his driver’s license was suspended.