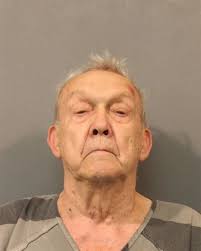 (CROWN POINT) — The husband of a late Indiana legislator has been sentenced to 55 years in prison for the 2018 shooting death of a northwestern Indiana attorney.

William Landske, the 84-year-old widower of the late Republican state Sen. Sue Landske of Cedar Lake, learned his punishment Thursday after a jury convicted him of murder in the August 2018 death of 64-year-old T. Edward Page of Hobart.

The (Northwest Indiana) Times reported Landske’s attorney, Scott King, defense attorney, asked for a 45-year sentence, the minimum under the guidelines. King said that up until the day Landske killed Page, he led a law-abiding life.

Authorities say Landske told police he shot Page because he was upset over unfinished tax work.

Page also had worked as Lake County public defender and served as a magistrate.