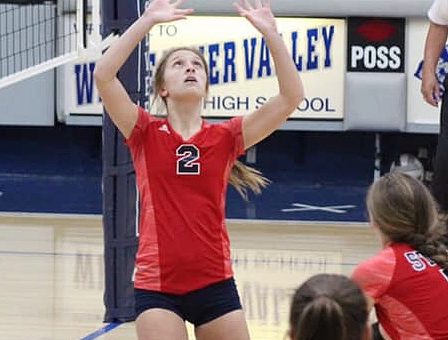 “We played well,” BNL coach Jordan Robbins said. “Our aggressive serving has been one constant for us. These kids put the ball where I ask them and put teams in tough defensive positions.”

The Stars pulled out Set 1 when the chair umpire reversed a line call at 25-24. After dominating the second set, BNL allowed a late 23-21 lead to vanish in the next set, but Brynlea Bennett’s serve streak ignited an 11-point run in the final frame.

“They played tough and had more glimmers of the tough team we can be, full of confidence at those points,” Robbins said. “For that, I am so proud. We are working and getting better each set.”

“Our team was able to make more of those scrappy plays in order to take the win,” Robbins said. “We had so many contribute and play selflessly in their positions, for each other. That’s something we needed and it was great to see them work as one unit.”

BNL will travel to Jeffersonville on Saturday.