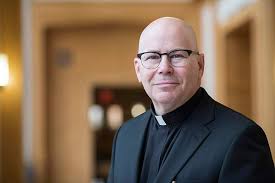 (FORT WAYNE) — Northeastern Indiana’s University of Saint Francis is getting a male president for the first time in its nearly 130-year history.

The Journal Gazette reports that Zimmer, who’s a priest, will become the first male president of the school, which was founded in 1890.

He currently serves as an associate teaching professor at the Mendoza College of Business at the University of Notre Dame in South Bend. Zimmer also leads St. Patrick Catholic Church in Walkerton.

Zimmer is also a captain in the U.S. Air Force Reserve, an avid cyclist, and a professionally trained bicycle mechanic.