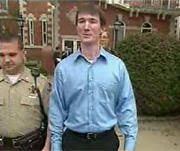 (BLOOMINGTON) – A federal court ruled Monday the man convicted in the murder of 19-year-old IU student Jill Behrman will be released unless the state files for a retrial.

“We have received notice of the Federal Court of Appeals decision granting the Defendant’s Writ of Habeas Corpus.  I have been in contact with the victim’s parents, Eric and Marilyn Behrman, as well as the lead investigator, Detective (Ret.) Rick Lang. Needless to say, we are all disappointed with this outcome as believed that after 13 years, the jury’s guilty verdict was final.  I have spoken with the Indiana Attorney’s General’s Office and they are just analyzing the opinion and its ramifications.   Thus, it is premature to discuss the next step in the case.  However, I do plan on meeting with the victims and the investigator before any decision is made.”