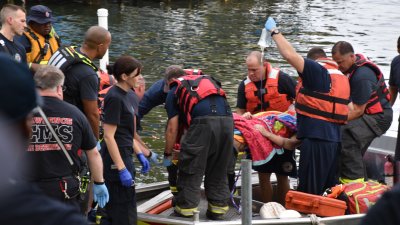 At approximately 4:30 p.m., Indiana Conservation Officers were called to the reservoir to investigate a boat accident that left an Indianapolis man with serious leg injuries.

Initial investigation revealed that Brian Selvage, age 23, was being pulled on a tube with another occupant just north of the dam. The operator of the boat had turned around to pick up the other occupant, who had fallen off, when Selvage, who was still on the tube, was struck by the boat.

Selvage sustained a broken leg and lacerations. He was transported to St. Vincent’s Hospital in Indianapolis for treatment.

Indiana Conservation Officers promote the use of safety equipment for all individuals taking part in any type of water activity. For more information, visit: dnr.IN.gov/lawenfor/8678.htm