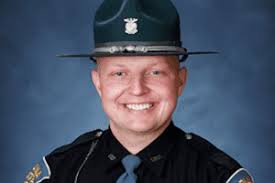 PERRYSBURG, Ind. (AP) — An Indiana state trooper is being credited with saving a 5-year-old boy who began choking as his family was returning from vacation.

State police say Trooper Ben Reason was on duty but heading home Thursday when he heard a dispatch call about an unconscious boy along a nearby stretch of U.S. 31 in Miami County.

Reason arrived 30 seconds later and found Maddox Gates of Marietta, Georgia, being held by his mother inside the family’s stopped minivan.

Reason performed the Heimlich maneuver and the boy expelled an item from his throat.

Responding firefighters gave the boy oxygen before he was hospitalized.

Maddox’s father says his son is doing well after being released, and the family has resumed their journey home following a vacation in Michigan.