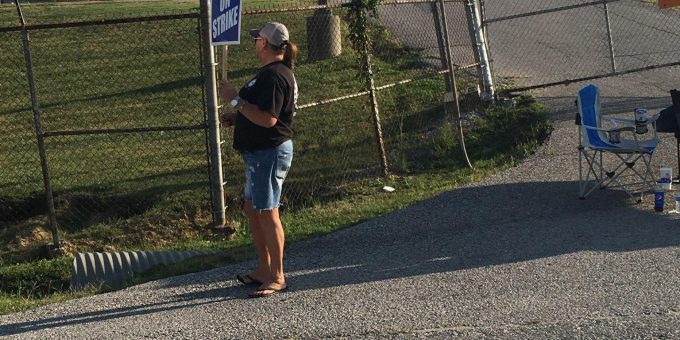 (BEDFORD) – Negotiators for the United Auto Workers union and General Motors talked into the evening on Saturday and Sunday attempting to reach an agreement.

Once a tentative deal is reached, union negotiators will need the approval of the rank-and-file members at GM before it can go into effect.

The major issues include pay, profit sharing, job security and GM’s use of temporary workers.

This strike has been the largest against any US business since 2007, when GM automakers walked off the job for three days. This is the longest work stoppage at GM since 1998, when a 67-day strike at two plants in Flint, Michigan eventually halted production at 30 other GM factories across the United States.

The strike started at 12:01 a.m. on Monday, September 16, halting work at 31 GM factories and 21 other facilities spread across nine states.

It also led to layoffs at some of the 10,000 American suppliers that provide auto parts and other goods and services to GM including CAPS Group in Bedford.

Negotiators are making progress, according to officials in Detroit.

The strike has been costly for both sides. Those on the picket lines are receiving only $250 a week, which is far below the $30 an hour that most workers earn.

The strike has cost GM about $25 million a day in lost profits, according to Anderson Economic Group, a Michigan research firm concentrating on the auto industry.