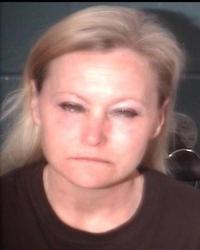 (BEDFORD) – The trial of a Mitchell woman accused of pointing a loaded firearm at Lawrence County Police deputies is taking place in Lawrence County Superior Court I with Judge John Plummer III presiding.

Officers provided immediate assistance and summoned the ambulance crew from the staging area to the scene of the shooting.