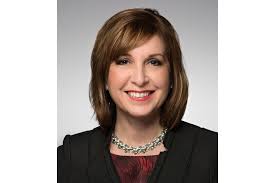 (INDIANAPOLIS) – Kelly Mitchell has hired RightVoter, LLC to serve as general consultant to her campaign for Congress in Indiana’s 5th Congressional District.

RightVoter partner Kory Wood, based in Indianapolis, has run and served as a lead general consultant on multiple campaigns for Congress and several statewide offices.

“We set out from day one to build a professional campaign that understands the importance of grassroots campaigning. RightVoter’s experienced and innovative approach to campaigns will ensure that we execute a strategy to win on election day,” said Mitchell.

“We’re honored to be leading Kelly Mitchell’s campaign. Kelly will make an excellent Member of Congress. She’s a tireless campaigner, stands on principle, and has a clear-eyed vision for her conservative agenda in Washington,” said RightVoter partner Kory Wood.

RightVoter, with partners in Indianapolis, IN; Manchester, NH; Charleston, SC; and Washington, DC, has more than 75 years of combined experience running campaigns for every level of office.