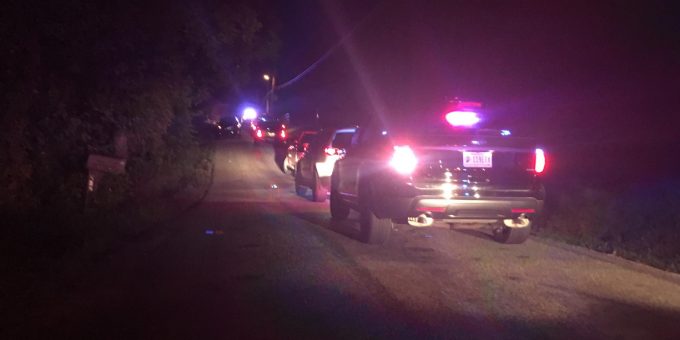 (BEDFORD) – Lawrence County Prosecutor Sam Arp says that, following an investigation, that the police-involved shooting on August 17 on Greer Lane was justified.

On August 17, the Lawrence County Sheriff’s Department and the Mitchell Police Department responded to a 911 call for service on Greer Lane in Springville.

The 911 caller reported that 62-year-old Michael Parsley was in the road screaming profanities and threatening harm to the caller.

The caller reported that Parsley was armed and had fired shots at the scene.

Prosecutor Arp says responding officers were utilizing a combination of body cameras and in-car video cameras during the incident.

Shortly after arriving, officers observed Parsley sitting in the doorway of a travel camper.

“Video footage clearly shows Parsley taking a drink from a beverage, reaching from his left side into the camper and removing a long rifle style weapon with a scope,” Arp wrote in a press release. “Officers immediately sought cover behind nearby trees and began yelling loud, repetitive commands for Parsley to drop his weapon.”

Parsley advanced toward the officers with his weapon pointed at them. The officer closest to Michael Parsley then began firing his issued duty pistol.

“While the officer was firing his weapon, Parsley continued to advance toward the officers with his weapon pointed at them. Parsley was struck by the lead officers’ bullets and became immobilized. Officers quickly transitioned and notified EMS and began to render medical aid to Parsley until EMS arrived,” Arp continued.

The Indiana State Police conducted an independent investigation into the police action shooting. The completed report was approximately 114 pages and was forwarded to the Lawrence County Prosecutor.

Prosecutor Arp utilized this report along with the officers in-car camera and body camera footage to make his determination that the police-action shooting was justified and that no criminal charges would be filed.

The Prosecutor and the Sheriff have met with Parsley’s family and gave them the opportunity to watch the video. In that meeting the family requested that the videos not be released at this time while they are grieving the loss of their family member.

Arp has recommended that the videos of the shooting be released to the public once the Sheriff is able to do so.