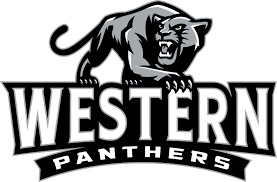 (RUSSIAVILLE) — An Indiana middle school’s planned “Slave Ship” history exercise has been canceled following an outcry by parents upset that the lesson called for students to portray bound, enslaved Africans aboard a vessel returning to the Americas.

The proposed role-playing exercise at Western Middle School would have had students re-enacting the Middle Passage, in which millions of Africans were kidnapped, shipped across the Atlantic in dire conditions and sold into slavery.

The school’s eighth-grade social studies teacher, Kevin Pax, had sent a letter to parents detailing the class at the middle school in Russiaville, about 45 miles (70 kilometers) north of Indianapolis. But his letter triggered an outcry with worried parents reaching out to the school and posting their concerns on social media.

Pax’s letter had informed parents that participating students would have endured raised voices, loosely bound wrists, threats and detestable speech. His letter said that “in order to help students better understand the hardship captives encountered, ‘Slave Ship’ was created to be an uncomfortable experience.”

Tawayi Wilson, a Kokomo resident who was planning to send her daughter to Western Schools next year, said there’s “no reason why we should have to re-enact slavery.” She called it “something so harsh, so emotional for children to try and understand.”

“There are different ways to go about teaching history,” Wilson said.

Western Schools Superintendent Randy McCracken noted that Pax has been doing the “Slave Ship” activity with students for years.

“The purpose of his activity, ‘Slave Ship’ was not to offend or dehumanize anyone, but to create empathy and compassion, and to show a glimpse of the harsh reality of slavery,” McCracken told The Indianapolis Star.

Parent Angelicia Hamilton said she was stunned that the school would even permit such a lesson.

“It is 2019. How can you ask a child to be humble about pretending to be a slave?” she asked. “Especially for a black child to kneel down and you get yelled at like that.”