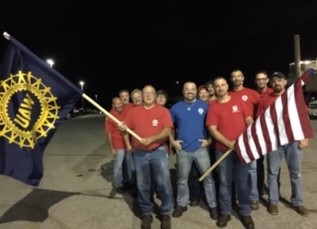 Union officials say both sides are far apart in the talks, while GM says it has made significant offers union members have rejected.

“The UAW is committed to collective bargaining and the best interest of its membership,” Hutchinson added. He and Chairman Chad Millspaugh were in Detroit on Saturday during negotiations.

On Sunday morning, the United Auto Workers Union announced contract negotiations with the automaker had broken down. About 200 plant-level union leaders voted unanimously in favor of a walkout and a strike would happen.