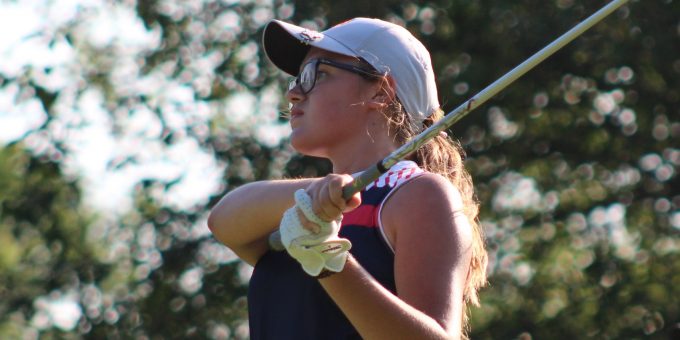 “She was hitting the ball well,” BNL coach Aaron Sanders said. “She played smart. She was keeping the ball below the hole, which is what you have to do out here.”

Addyson Bailey suffered two triple-bogeys but recovered with an eagle on the par-5 fifth hole and a birdie on 6 to card 43, and Ashley Chase bounced back from trouble on holes 1-4 to par four of the final five holes and post 44. Kennedy Blair gave BNL that coveted fourth score in the 40s with a 47.

“Kennedy just needs to keep the ball in front of her,” Sanders said. “She doesn’t hit it sideways, that’s her strong suit. And today she putted better.”

Elizabeth Ackerman paced the Wildcats with 47.

The Stars will host Brownstown on Thursday.