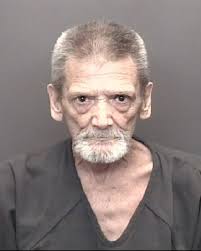 (EVANSVILLE) — A 30-year prison sentence has been handed to an Indiana man who shot inside a crowded Veterans of Foreign Wars post after he was barred from entering.

John Burghardt on Jan. 13 shot 48-year-old Paul Glover in the abdomen after Glover barred him from entering through a back door. Police say the gunman then entered the post and fired a shot at a woman who pushed him back with a grill scraper before others in the post tackled and disarmed him and held him down until officers arrived.