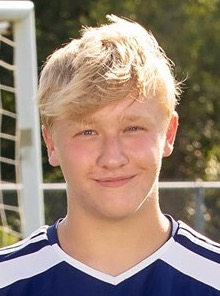 The Stars (3-3) scored four times in the second half to pull away after the Dragons staged a fierce comeback late in the first half.

BNL burst to a 3-0 lead early in the first half, but Silver Creek rallied to pull even at intermission. Anderson helped the Stars reclaim momentum with the go-ahead goal.

“The goals were pretty important because they made a comeback,” said Anderson, who also had a hat trick earlier this season against Mitchell. “We kind of laid back, which was a mistake.”

BNL started strong, scoring three times in the first 20 minutes. Billy Cline converted a crossing pass from Anderson for the first goal, Jacky Zhang banged home a rebound off a corner kick for the second, and Anderson slammed home his first at the 20-minute mark.

The Dragons did not die easily. Jack Gleason started the rally with a goal off Georgi Ganchev’s pass, posted his second off a Logan Dixon pass, then drew the Dragons even with his third (a header off another Ganchev pass).

“We really came out on fire,” BNL coach Logan Jackson said. “Then the next 20 minutes, it was a different story. We quit playing, made some defensive lapses, so it was a wide range of emotions.

“When things don’t go our way, we have to fix it. And we did. We came out determined, got a goal and didn’t stop. We were able to bounce back when when things didn’t go our way. We can still fight and swing momentum back.”

Anderson snapped home a Danny Cline pass with 25 minutes left, then added another off a Cline pass at 15:47. Jacob Kolk ripped home a free kick from 20 yards at 6:38, and Seth Sherfick finished the scoring with an unassisted goal with 1:47 remaining.

“We had our breakout game,” Jackson said. “We saw flashes at Vincennes Rivet, and we tweaked a few things, gained some confidence.”

The Stars will host New Albany on Thursday.