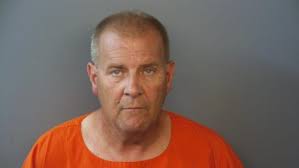 (AVON) — A dump truck driver is facing multiple counts in connection with an 11-vehicle pileup outside Indianapolis that left two people dead and three injured.

The pileup on Tuesday afternoon on U.S. 36 in Avon killed husband and wife Gerald and Rhonda Legan of Danville, both 80.

Williams remained jailed Wednesday afternoon on a $100,000 bond. A message seeking comment was left for his attorney.