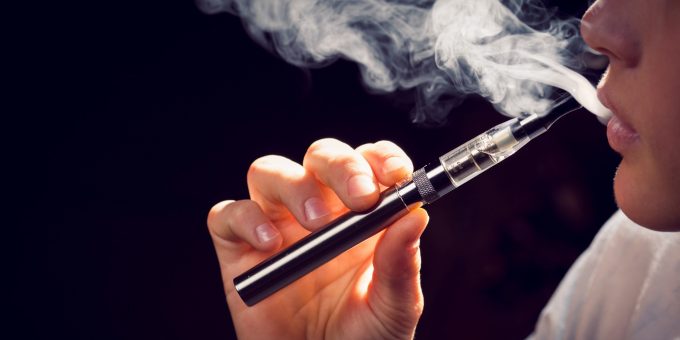 (INDIANAPOLIS) — Indiana has launched a $2.1 million campaign to educate young people on the dangers of vaping and to encourage them to stop.

The social media, text, and school-based “What’s Beyond the Haze” campaign launched Thursday comes as about 200 people nationwide have been stricken by a mysterious vaping-related illness that has claimed at least one life.

“Part of it is just the awareness that what we are peddling and what we are sharing and getting people addicted to is harmful so this is a full-court press and it starts today,” Gov. Eric Holcomb said. “We know we have our work cut out for us as vaping continues to grow. This will be a real blitz, making sure we’re reaching out to every corner of the state.”

State health officials said the 24 sickened in Indiana are all ages 16 to 29, including four under 18.

The plan also entails encouraging teens to join the Truth Initiative’s “This is Quitting” text-to-quit program. State health and education officials will develop a toolkit of educational materials on vaping for students, parents, and educators.

One Juul electronic cigarette contains as much nicotine as a whole packet of regular cigarettes, Box added.

On Thursday, Juul, an industry leader, announced a new effort to prevent underage youth from purchasing its tobacco products. Retailers must now scan and confirm that a customer buying a Juul has authorized identification before completing a sale. Customers are also restricted in the amount of product that they can buy at one time in an effort to curtail resales to minors. The minimum age to buy tobacco and tobacco products in Indiana is 18.

“Youth use of vapor products is detrimental to JUUL Labs’ mission, and to our business,” the company said in a news release.

Indiana Sen. Todd Young has introduced legislation that would increase the federal legal age for buying tobacco to 21.

Holcomb, who supports Young’s proposal, said that he’s had ongoing discussions with his legislative colleagues about potentially raising the legal age in 1.

“It becomes harder and harder to stop, so the best thing we can do is make sure that they never start,” Holcomb said.