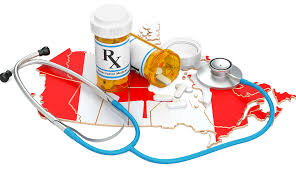 Under President Trump’s leadership, the Department of Health and Human Services (HHS) and the Food and Drug Administration (FDA) are releasing this Safe Importation Action Plan to describe steps HHS and FDA will take to allow the safe importation of certain drugs originally intended for foreign markets. The Action Plan describes two pathways to provide safe, lower-cost drugs to consumers.

Under Pathway 1, a Notice of Proposed Rulemaking (“NPRM”) would rely on the authority in the Federal Food, Drug, and Cosmetic Act (“FD&C Act”) section 804 to authorize demonstration projects to allow the importation of drugs from Canada.

The NPRM would include conditions to ensure the importation poses no additional risk to the public’s health and safety and that it will achieve significant cost savings to the American consumer.

Under Pathway 2, manufacturers could import versions of FDA-approved drug products that they sell in foreign countries that are the same as the U.S. versions. Under this pathway, manufacturers would use a new National Drug Code (NDC) for those products, potentially allowing them to offer a lower price than what their current distribution contracts require.

Some elements of the final proposal may differ from the descriptions below to reflect further consideration of the relevant issues.

Pathway 1: Under this pathway, States, wholesalers, or pharmacists could submit plans for demonstration projects for HHS to review outlining how they would import Health-Canada approved drugs that are in compliance with section 505 of the FD&C Act.

The importation would occur in a manner that adequately assures the drug is what it purports to be and that meets the cost requirements of the rulemaking.

The demonstration projects would be time-limited and require regular reporting to ensure safety and cost conditions are being met. The NPRM would address the following:

If this condition is met, FDA would allow the drug to be labeled for sale in the U.S. (potentially with labeling that identifies the product as originally manufactured for sale abroad) and imported pursuant to section 801(d) of the FD&C Act under the existing approval for the U.S. approved version.

The Administration has reason to believe that manufacturers might use this pathway as an opportunity to offer Americans lower-cost versions of their own drugs.

In recent years, multiple manufacturers have stated (either publicly or in statements to the Administration) that they wanted to offer lower-cost versions but could not readily do so because they were locked into contracts with other parties in the supply chain.

This pathway would highlight an opportunity for manufacturers to use importation to offer lower-cost versions of their drugs. A manufacturer that met the requirements for this pathway could sell a foreign version of a drug product in the U.S. under a different NDC number than the U.S. version, which could allow the manufacturer to introduce the product at a lower price.

Because the manufacturer would be able to cause its drug to be imported through conventional supply channels, this pathway generally would rely on applicable existing safeguards to ensure supply chain integrity.

HHS is considering whether any additional safeguards would be necessary to establish that the drug being imported is in fact, for example, the European version of an FDA-approved drug that the manufacturer has caused to be labeled to be marketed in the U.S.

HHS may seek comments on whether manufacturers would seek to lower costs under this pathway, what additional elements might be important to include, and whether this pathway could more effectively be implemented by using authority under section 804.

If costs can be lowered significantly through this pathway, there may be reduced need for the demonstration projects outlined in Pathway 1.

Question of the Week: As our country continues to address high drug prices, which approach do you believe would best solve this issue?