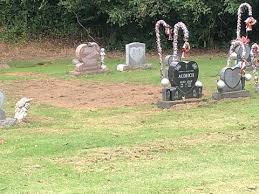 (WASHINGTON) – Indiana State Police shut down the Oak Grove Cemetery Friday hoping to dig up clues in a cold case.

The Washington Times Herald reports, troopers blocked off the Oak Grove Cemetery to the public. Police tape was put across both entrances. Indiana State Police report that officers were looking into a cold case from the 1980s but would not divulge any further information.

Daviess County has only one cold case from that time frame. Police reported in September of 1988 they discovered the body of 18-year-old Rebecca Murphy in her boyfriend’s home on Oak Grove Road. Murphy had reportedly been tied to the bed, doused with gasoline and set on fire.

Police searched for 22-year-old Steven Hendricks, of Washington, but never found him. His keys and wallet were found in the house, and he never picked up his paycheck from his job. Police believe he too was a victim of foul play.

The cemetery is located down the road from where the crime happened.

At the time of the crime, there was a freshly dug grave in the cemetery, but no one could corroborate who was buried there. This was the same area witnesses say police were digging on Friday.

Witnesses say police officials secured the area in crime tape and crews were seen digging up the ground and then the hole was filled back in.

Troopers have not released any information on what, if anything, was located at Oak Grove Cemetery.