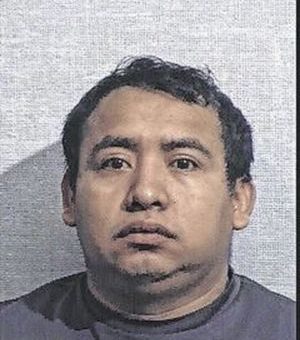 (SEYMOUR) – A Seymour man faces multiple charges of forgery after police say he used another man’s identity while working at a local factory.

Police arrested 32-year-old Gerardo Francisco Domingo on Saturday after a nearly month-long investigation on charges of identity deception and two counts of forgery.

He was released Monday from the jail after posing a $1,500 bond.

According to a probable cause affidavit, officers were contacted by Ricardo Alejandro of Brownsville, Texas on July 22. Alejandro said he had information that led him to believe someone here was using his identity.

Police found Domingo working at Aisin U.S.A. Manufacturing Inc., where Domingo was posing as Alejandro. He told police hat he could not remember the name of the city he was born in Texas or the town he had lived in Ohio.

Domingo had a fraudulent Ohio identification card in his possession.

Domingo then showed him a Guatemalan consular identification card which was also fake.

When showed a photo of Alejandro, he told police he didn’t know the man.

Domingo was arrested just after 10 a.m. on Saturday.