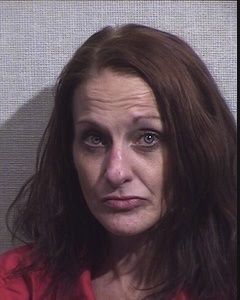 (BROWNSTOWN) – A Brownstown woman was arrested Tuesday after undercover officers purchased drugs from her.

According to Seymour Police, undercover officers purchased meth from Spurgeon at the Circle K in Seymour.

Police arrested Spurgeon Tuesday at 1:45 p.m. near a fast-food restaurant in the 400 block of Steven’s Way in Seymour.

Police say the investigation continues and more arrests are expected.