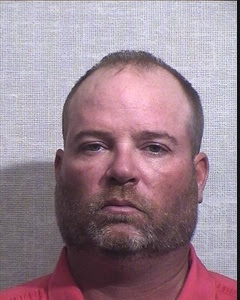 (SEYMOUR) – A Seymour man is behind bars after he allegedly broke into a woman’s home, injured and attempted to strangle her.

Seymour Police officers arrested 43-year-old Matthew Gillaspy on felony charges of burglary, strangulation and domestic battery in the presence of a child.