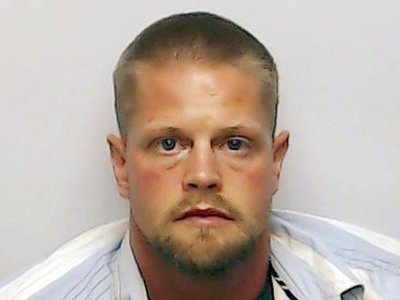 (JEFFERSONVILLE) — Jury selection began Monday in the trial of a southern Indiana man accused of killing his ex-girlfriend and eating parts of her body nearly five years ago.

Because of the attention the case garnered in Clark County, which is across the border from Louisville, Kentucky, and is where the killing took place, the jury was being selected in the Indianapolis suburb of Noblesville, which is about 120 miles (193.11 kilometers) north, in Hamilton County. After jury selection is finished, the jurors and alternates will be brought to Clark County and sequestered for the duration of the trial.

Prosecutors say Joseph Oberhansley, 38, broke into the Jeffersonville home of his 46-year-old ex-girlfriend, Tammy Jo Blanton, in September 2014, and then raped her, fatally stabbed her and ate parts of her body.

It has taken nearly five years for Oberhansley to stand trial partly because of questions about his mental capacity to assist in his own defense. He was hospitalized for more than six months at Logansport State Hospital after a judge ruled he wasn’t capable of participating in the trial.

But last year, a report was filed from Logansport certifying that Oberhansley was competent and he was released back to police custody.

Oberhansley told the judge in May that he felt that using the insanity defense would in part amount to admitting guilt to jurors.

“I don’t suffer from any mental illness,” he told the court that day.

Clark County’s former prosecutor had planned to seek the death penalty, but the current one, Jeremy Mull, told the court in June that this was no longer the case, saying in a filing that there was a high risk of the case being overturned on appeal due to Oberhansley’s mental status and noting the high cost of capital cases. He also indicated that Oberhansley’s attorneys agreed not to use mental health information in his defense, based on Oberhansley’s refusal to use an insanity defense.

Opening statements were expected to begin Wednesday and the trial could last up to two weeks, WDRB-TV reported.