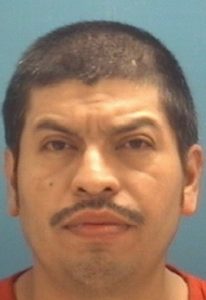 (COLUMBUS) – A Columbus man was arrested early Sunday morning after a Bartholomew County Sheriff’s Deputy spotted him in the area of State Street and Gladstone Avenue standing in the intersection and yelling at passing motorists.

Officers found 37-year-old Delfino Galacia was intoxicated and has a large kitchen knife and drug paraphernalia.

Police say Galacia was uncooperative and being aggressive and attempted to kick at the officers. Once handcuffed and put inside a police vehicle he kicked at the windows.