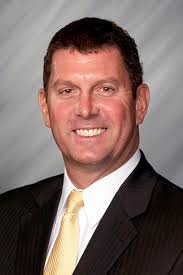 (SEYMOUR) — An Indiana lawmaker who posted nooses under a Facebook story about a black man pleading guilty to rape is drawing criticism for using racist imagery.

Republican state Rep. Jim Lucas, from Seymour, posted a picture of a gallows with two nooses under a WISH-TV story about Marquise Dozier’s case.

Lucas says he wanted to punish the man and believes in capital punishment. Dozier faces up to 72 years in prison.

The chair of the Indiana Black Legislative Caucus blasted the photo.

Democratic state Rep. Robin Shackleford tells The Indianapolis Star noose imagery is well-known to be connected to the lynchings of African Americans and the “normalization of racism” must end.