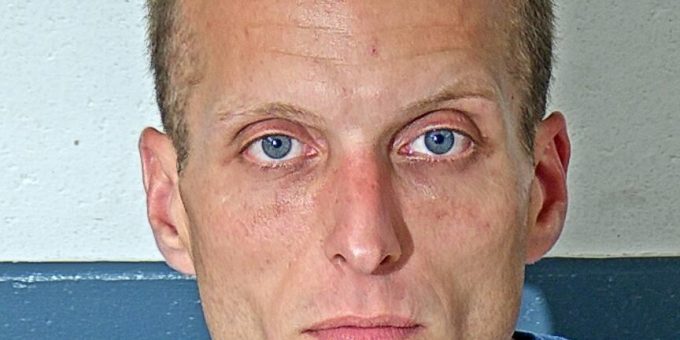 (BEDFORD) – A Bedford man was arrested on a warrant after injuring a woman during a domestic fight.

According to Bedford Police Chief Terry Moore, the domestic dispute was reported on Aug. 7.

The female victim told police that she and Langley got into an argument and continued to argue for several hours that day. When the woman attempted to call a family member, Langley allegedly struck her in the face with a closed fist.

The woman attempted to flee, but Langley caught her. He then slammed her to the ground and placed both hands around her neck choking her.

The victim was able to get away and call for help. Langley fled before police arrived.

Chief Moore says the woman had visible injuries consistent with her account of what happened.