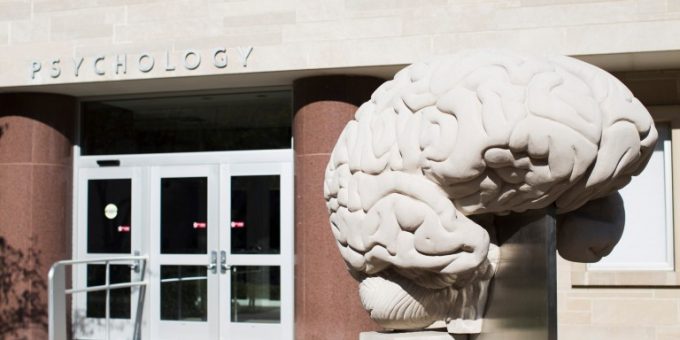 (BLOOMINGTON) – A team led by Indiana University clinical psychologist and neuroscientist William Hetrick has received a $3 million grant from the National Institutes of Health’s National Institute on Drug Abuse to support research on the effects of long-term cannabis use on the brain of young adults, ages 18 to 38.

News at IU Bloomington reports, the award will address a large gap in knowledge about how marijuana affects the brain. It also adds to IU research related to substance use in the wake of the IU Responding to the Addictions Crisis Grand Challenge initiative.

IU researchers will focus on the brain systems most affected by marijuana: the neural networks within the cerebellum and those that connect the cerebellum to other brain regions.

Hetrick is a professor and chair in IU Bloomington College of Arts and Sciences’ Department of Psychological and Brain Sciences. Collaborators on the award include professors Brian O’Donnell, Sharlene Newman, Ken Mackie and Olaf Sporns, and senior research scientists Amanda Bolbecker and Dae-Jin Kim, all in the Department of Psychological and Brain Sciences.

As marijuana legalization — both medical and recreational — increases across the U.S., its use has raced ahead of scientific understanding, Hetrick said, especially since cannabis’ classification as a Schedule 1 substance under federal law has obstructed the usual channels of research and testing.

“Compounds in cannabis are rarely tested in the framework of a regular drug development process to determine, for example, which dosage has adverse effects, and which has optimal therapeutic effects,” O’Donnell said. “This study seeks to expand the empirical basis for ultimately understanding the effects of marijuana use on brain function and behavior, and for discussing legalization.”

“When you consider that 40 percent of all 19- to 22-year-olds in the U.S. used marijuana in the past year, it behooves us to understand how it affects its users,” Hetrick added. “An obvious place to start is by asking, ‘What’s the effect on brain systems that are dependent on the brain’s cannabinoid receptor system?'”

The chemical THC, which binds to cannabinoid 1, or CB1, receptors in the brain, is responsible for the “high” of marijuana. The greatest concentration of CB1 receptors are typically in the cerebellar region of the brain.

Moreover, Hetrick and O’Donnell’s preliminary research has shown that cannabis alters many physical and perceptual functions in which the cerebellum plays a strong role: postural balance, sense of time and integration of sensory motor information, as well as a basic form of associative learning developed in the lab called “eye-blink conditioning.”

The newly funded study will clarify how these outward physical and behavioral changes correspond to alterations in brain networks in which the cerebellum plays an active role. Over the next five years, IU researchers will look at 60 marijuana users and 60 non-users. They will then measure activity in cerebellum-connected brain networks when the brain is at rest, as well as during cerebellum-related tasks such as judging time intervals and eye-blink conditioning.

By using advanced neuroimaging techniques, this will be the first study to measure the activity of these cerebellar-based networks and to compare the activity of these networks in frequent marijuana users versus non-users, Hetrick said. The researchers will then analyze this data in conjunction with surveys and interviews of the study’s participants to assess how varying degrees of marijuana use correspond to long-term cognitive and biological effects.

The aim of the study is to shed light on “the neural correlates of cannabis use and related behavioral changes,” Hetrick said. “The hypothesis is that there are cannabis-related changes in the activation of cerebellar blood deoxygenation related to neural activity.”

Existing research has shown an association between cannabis use early in life and an increased risk for psychosis later on. The cerebellum-related behavioral differences of cannabis users — such as postural balance and eye-blink conditioning — are also similar to behavior observed in schizophrenia.

The CB1 receptors, highly concentrated in the cerebellum, may also play a role in the development of psychotic disorders.

“At both the individual level and as a society, we have to decide whether we are going to use a particular substance, and whether to create laws around its availability and use,” Hetrick said. “But that needs to be done within a framework of informed science.”