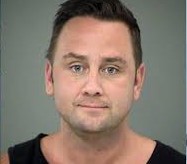 (INDIANAPOLIS) — The Indianapolis Fire Department has suspended a state legislator who was arrested for drunken driving.

The department said Friday that Democratic Rep. Dan Forestal has been suspended for 240 duty hours and remanded to an employee assistance program. It says that once he serves the suspension, Forestal will be placed on administrative duties.

The 36-year-old Forestal is a fire department private.

He faces charges of impersonating a public servant, driving while intoxicated and resisting law enforcement. He was arrested after police were called Aug. 10 about a man impersonating a police officer.

The fire department has suspended Forestal twice previously, including once after a drunken driving arrest.

Forestal was elected to the Indiana House in 2012. His attorney and a House Democratic spokesman have declined to comment on his arrest.