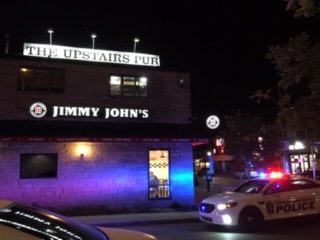 (BLOOMINGTON) –  Bloomington Police are investigating a shooting in the 400 block of Kirkwood Avenue.

The shooting happened around  2:30 a.m. Sunday.

“It is still an active investigation as detectives attempt to determine exactly what happened chronologically and who was involved,” added Bloomington Police Captain Ryan Pedigo.

According to Captain Pedigo, one person suffered a gunshot wound to the leg. The injury was not life-threatening. The person was transported to IU Bloomington Hospital and treated and released.