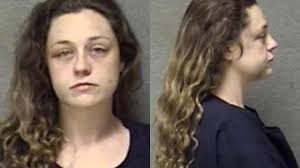 (MUNCIE) — An eastern Indiana woman has been convicted of neglect and other charges stemming from a highway crash that killed her 6-year-old daughter.

A Delaware County jury convicted 30-year-old Jessica Skeens of seven of nine charges Thursday, including neglect of a dependent resulting in death and driving while intoxicated.

The Farmland woman was driving a van in May 2017 when it crashed along the Muncie Bypass , killing Taelyn Ann Marie Woodson.

Skeens told jurors she drank whiskey and smoked marijuana before the crash. But she and her attorney contended the crash occurred because Skeens’ then-boyfriend had punched her in the face . Nathaniel Jordan is awaiting trial in the crash.