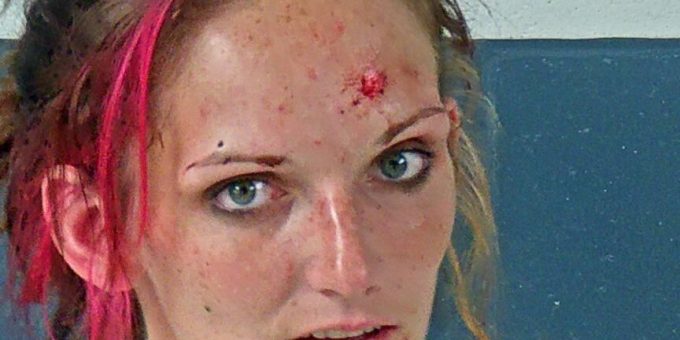 (BEDFORD) – A Bedford woman was arrested Friday after Bedford Police officers were requested to a home in the 500 block of H Street about an unwanted female at the residence.

When Bedford Police arrived, they spoke with the homeowner who requested they remove 24-year-old Autumn Arnold from their property.

According to Bedford Police Chief Terry Moore, Arnold was intoxicated and had admitted to using meth.

“She was asked several times to lower her voice and sit on the sidewalk for her safety,” added Chief Moore. “She refused and began causing a scene which caused neighbors to come out of their homes to see what the disturbance was.”

After several warnings, Arnold was arrested.

“She refused to comply and had to be forcibly placed in handcuffs,” added Chief Moore.