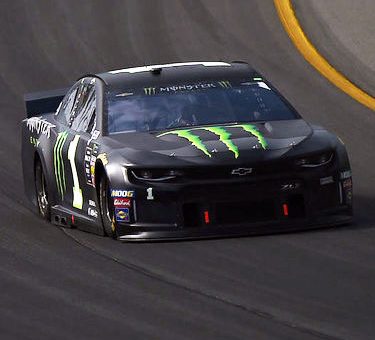 (SPEEDWAY) – We’re just three weeks away from the Brickyard 400 at the Indianapolis Motor Speedway.

The race will once against be the last race of the NASCAR regular season and is the final chance for drivers to try and clinch a spot in the Monster Energy NASCAR Cup Playoffs. One of the drivers that has secured a spot in the post-season is Kurt Busch.

Busch told WISH-TV Monday that he likes the plan to move the race to Fourth of July weekend next season.

“I think it’ll be fun to have with Indianapolis to have Memorial Day weekend with the 500 and then with our race, the Brickyard, on July 4th I think they can really do something with that,” Busch said. “It’ll be fun.”

Busch is confident he can have a solid finish in his first year with Chip Ganassi Racing. He called the Indianapolis Motor Speedway “Chip’s backyard.” Adding to his confidence is some momentum he has off his win in Kentucky back in July.