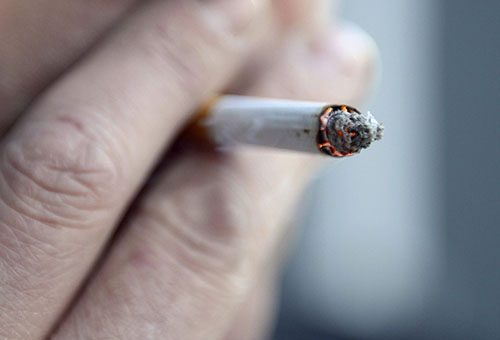 (INDIANAPOLIS) – Some people believe that the smoking age should be raised to 21 in Indiana, and others, like Sen. Todd Young (R-Ind.), believe Congress should raise the age nationally. Prof. of Medicine Brad Rodu, of the University of Louisville, believes Young is right, and that any other form of tobacco use is better for you than smoking.

A study shows that 21.8 percent of Hoosiers smoke. That number has gone up while the national percentage has gone down, meaning Indiana is headed the wrong way, according to Rodu.

“This should be national policy across all states, in addition to the 18 states that have currently enacted the increased age,” said Rodu. His reasoning has less to do with personal freedom and more to do with who is supplying high school kids with cigarettes.

“We’ve got kids in high school, many of whom are legal age to purchase tobacco products. They are the illegal back market suppliers for all the other kids in high school,” he said, augmenting that argument which has been made by Young in pushing legislation in the U.S. Senate.

Rodu said the argument that society would be treating 18 to 20-year-olds like children is negated by their behavior.

“Well, if they behave like children and supply tobacco products to kids who are not able to buy them, then they are behaving like children and they need to be treated that way,” said Rodu, who holds an endowed chair in tobacco harm research.

Rodu said raising the age to buy alcohol has reduced the number of kids who drink, and he believes the same will happen for smoking. A new Gallup poll shows 7 out of 10 Americans favor erasing the age.

Rodu said he believes people should know that smoking is not the only way to get a nicotine or tobacco fix.

“We need to educate smokers in Indiana and elsewhere that they have other options to quit smoking,” he said. “Those include e-cigarettes, which the Royal College in England have said are vastly safer than smoking.” Rodu said dipping and chewing are also safer.

While Indiana’s State Health commissioner agrees that raising the smoking age might be a good idea for Hoosiers, Dr. Kristina Box does not necessarily agree that vaping is any safer.

“Most smokers started by the time they were 20. So, if we could keep cigarettes, tobacco products, nicotine, out of the hands of our youth, than they are more likely to be non-smokers going forward,” said Box, on Abdul-at-Large.

“Certainly the Tobacco 21, as we are looking at our incidence of vaping in the state and our youth that are now addicted to vaping, might be a really good idea,” she said.

Rodu believes that Americans have been deceived by some studies and that alternative tobacco products are much safer.

Young is continuing to tour the state, speaking about why he believes the whole country should get behind raising the age for purchasing any tobacco product.