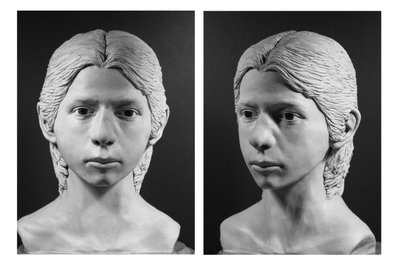 (FORT WAYNE) — Authorities hope a clay facial reconstruction will help identify a woman whose remains were found 27 years ago in a water-filled basement in Fort Wayne, Indiana.

The Allen County coroner’s office is calling the victim Mary Jane Doe and described her as being white, in her early 20s and 4-foot-6 inches to 5-foot-2 inches tall at the time of her death. She is believed to have died in late 1991 or early 1992.

Her body was found May 15, 1992, but investigators exhumed the remains in 2017. An autopsy and dental study were done, and an anthropological examination was completed.

Authorities determined that she was about 26 weeks pregnant. Healing fractures also were found to her right and left nasal bones.