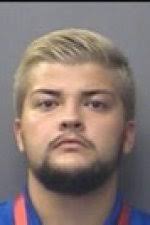 According to the Indiana State Police, 23-year-old Dylan Cole Henke was arrested Friday afternoon after investigators served a search warrant at his residence at 3686 S. CR900 East, Velpen.

This investigation was initiated after police received a Cyber Tip report from the National Center for Missing and Exploited Children.