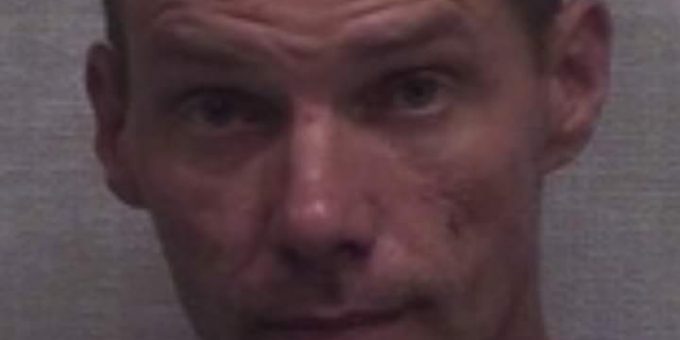 The Sheriff’s Department followed up on all the tips and leads that came in and appreciate all the help from the public. More details will be released later.

(BROWNSTOWN) – The Jackson County Sheriff provides an update on the search for an inmate that escaped Friday night.

At approximately 8:38 p.m. on Friday, August 2nd, 2019 inmate Daniel A. Coomer, 39, of Clarksville, Indiana escaped from the Jackson County Jail. Dial 9-1-1 if you should find the suspect and do not approach the Sheriff’s Department warns.

According to Sheriff Meyer, prior to the escape, a jail officer had taken Coomer and other inmates to the from the holding cell area to the outdoor recreation area just before 8:30 p.m.

The outdoor recreation area is still within the walls of the jail with a fence over the top for a roof.

While in the outdoor recreation area, Coomer found the door that leads to the outside to be unlocked. At this time it is unknown why the door was unlocked but this is being investigated by the Jackson County detectives and the jail commander.

The escape was discovered by jail staff around 9:10 p.m. while the inmates were moved back to the holding cell area from the recreation area. The jail video surveillance shows Coomer leaving the facility at 8:38 p.m. wearing a red jumpsuit.

Around 11:00 p.m. the Sheriff’s Department received a call from an individual who just arrived home and discovered their residence had been broken into.

Brownstown, Indiana State Police and Medora Police Departments also responded to set up a perimeter for a K-9 track. The K-9’s tracked for over three hours and several officers continued to search for Coomer overnight in patrol vehicles.

It is suspected that Coomer could be in possession of the stolen vehicle, which is a red 1993 Chevrolet C15 Pickup truck. The truck is a single cab and has an Indiana License plate number SXQ132.

Coomer was being held on preliminary charges of impersonation of a public servant, Possession of Methamphetamine, Possession of paraphernalia, Auto theft, OWI, OWI with endangerment and a Floyd County Court Warrant.