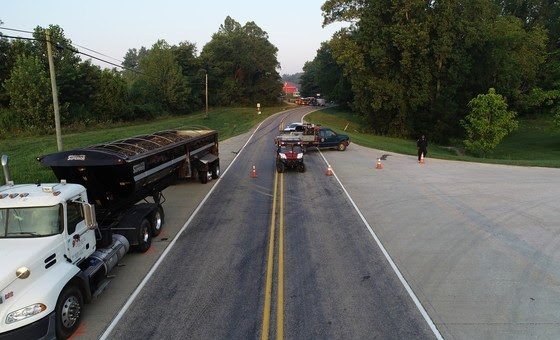 (VEVAY) – A Richmond man was killed Monday shortly after 4 a.m. in a two-vehicle crash on State Road 156 east of Vevay.

According to a report by Indiana State Trooper Matt Holley, of the Versailles Crash Reconstruction Team indicated that a 2013 Freightliner van being driven by 55-year-old Kenneth P. Shepard, of Vevay, Indiana was traveling westbound on State Road 156 near Plum Creek Road.

Shepard’s vehicle crossed the centerline into the path of a 2016 Mack truck, pulling a trailer being driven by 44-year-old Todd A. Marshall, of Richmond, that was traveling eastbound on State Road 156.

The vehicles collided in the middle of the roadway.  As a result of the collision, Shepard sustained fatal injuries.

He was pronounced dead at the scene by the Switzerland County Coroner’s Office.  Marshall was not injured in the crash.

The roadway was closed for approximately two hours for crash investigation and cleanup.

Toxicology tests are pending on both drivers at this time.