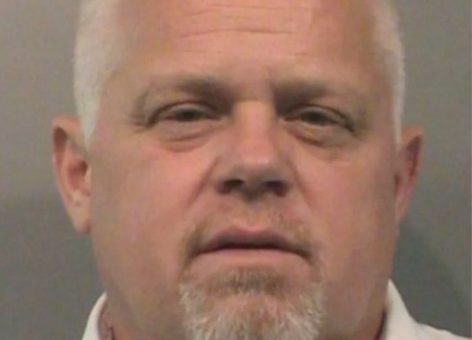 In one of the videos the victim, who’s name we are withholding, is seen sitting in a squad car talking with a police officer who is taking her statement. She said she was using his iPad that night to make a hotel reservation while he was sleeping. She said she found “inappropriate” things on it, woke him up and told him she was leaving.

“He’s very manipulative and I’m afraid of what he’s going to say to you guys,” she says through tears. “I just want to go.”

She said she went to leave and he pulled her out of her car, dragging her into his house, kicking her and pulling her hair. Then she said he got distracted at one point and was able to run to a neighbor’s house without her cell phone because Cooper had taken it.

“He must have hit me because I have black eye and I can’t open it,” she says while crying. “He said I was a dog and that’s how he was going to treat me. I didn’t know what he was going to do to me.”

Police gave took her to a place away from Cooper’s home and later came back for some of her things that Cooper had put together in a couple bags, including her cell phone.

Indiana State Police were called into to investigate the incident. After the investigation, Cooper plead guilty to domestic battery, criminal confinement, and official misconduct.

He was sentenced to 540 days probation, making him a convicted felon. That means he will no longer be able to serve as Johnson County prosecutor, a post he had held since 2009.