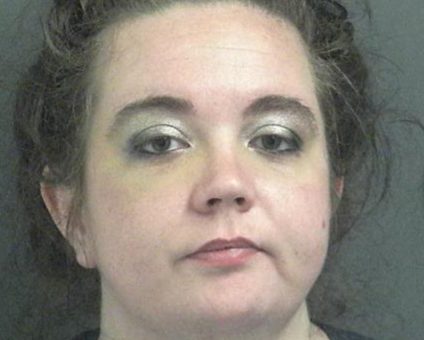 (BLOOMFIELD) – A Springville woman pleaded guilty in a negotiated plea deal to stealing more than $11,000 from Austin Memorial Arts in Bloomfield where she was an employee.

Amber Ankney, 28, was charged with 12 counts of forgery and theft. She entered into a negotiated plea agreement and earlier this month and pleaded guilty of two counts of theft, both Level 6 felonies. The other counts were dismissed.

Greene Superior Court Judge Dena Martin sentenced Ankney to two years on each count. All but 180 days were suspended, leaving her to serve 360 days. She was given credit for 69 days already served. After serving her time, she will be placed on three years on supervised probation.

Sheriff’s officials claim the incident happened between June of last year and February of this year.

The owner told investigators when he discovered the missing money he reviewed records and discovered payroll checks had been written that should not have been issued. The checks were written in varying amounts all to Amber Ankney.

Ankney, who was the owner’s niece, was hired in May of 2018. In October of 2018, she was terminated due to absenteeism. During the time she was employed, she did have access to the business checking account.

Police say Ankney admitted to writing checks, payable to herself claiming two male co-workers had threatened to do physical harm to her and to her family if she did not write the checks and give them the money.

She told police the two co-workers were drug users and belonged to a gang. She told police she wrote the checks, deposited them into her own account than her debit card to withdraw the monies from the fraudulent checks to give to these co-workers.

But police say Ankney’s bank records don’t show her ever withdrawing the funds in the check amounts.

Police also spoke to the co-workers and they knew nothing about the checks and had never threatened Ankney or her family and had never received any money from her.

On April 11, Ankney was questioned again, saying she had made up the story and admitted to stealing the money for herself.