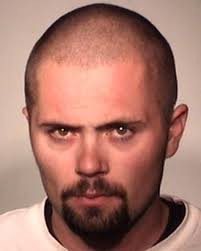 (FORT WAYNE) – A northeastern Indiana man wants to withdraw his guilty plea to neglect in the death of his girlfriend’s 2-year-old daughter.

Shane Patton of Fort Wayne appeared in court Tuesday and was ordered held until Aug. 13, when a hearing is scheduled for him on bond and to assign a new public defender.

A judge also is to consider whether the plea can be withdrawn. The 32-year-old faces up to 16 years in prison after pleading guilty last week two counts of felony neglect.

Jocelyn Belcher was found dead Jan. 27, 2018, in the family’s home. A coroner ruled her death a homicide due to neck compression. Her mother, 30-year-old Crystal Belcher, pleaded guilty in March to felony neglect and faces up to three years in prison when sentenced on Friday.