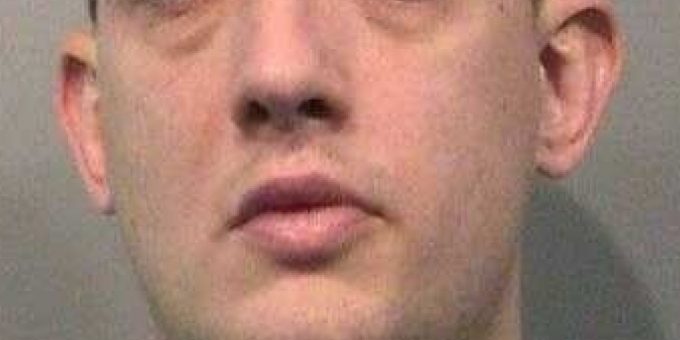 (GREENWOOD) – A Greenwood man was arrested after he beat and ultimately killed his mother’s 16-year-old border collie mix.

Greenwood Police officers were called to a residence in the 100 block of Sheek Road at approximately 6 p.m. Sunday after a report of animal abuse.

Howard and her husband found Gypsy dead inside her mother’s house in the 600 block of Downing Drive Sunday afternoon.

Lukas, who was living at his mother’s house, told police he didn’t know what happened to the dog.

Police say the surveillance footage shows Lukas screaming profanity at Gypsy and then repeatedly hitting and kicking the animal.

Lukas was arrested on a charge of killing a domestic animal and taken to the Johnson County Jail.