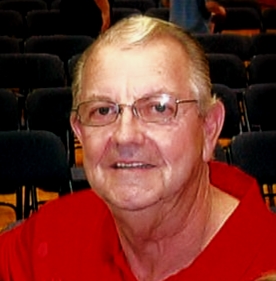 He was born January 22, 1945, in Martin County to Harvey and Dorothy (Johnson) Abel. He married Gayle Harding on June 6, 1964, in the Shoals Church of Christ.

Alan was a graduate of Shoals High School and Porter Business College in Indianapolis.

He retired from the Shoals Community School Corporation, was a former Girls Varsity Basketball Coach and was serving as an Assistant Boys Basketball Coach. He was an avid fan of the St Louis Cardinals, Indiana Hoosiers Shoals Jug Rox and his grandchildren.

Preceding him in death are his parents and one infant daughter, Ambrea Abel.

Funeral services are 1 p.m. Tuesday, July 30, 2019, at the Shoals Church of Christ with Stan Day officiating. Burial will be in the Trinity Springs Cemetery. Visitation will be 4 p.m. until 8 p.m. Monday at the Queen-Lee Chapel in Shoals and 11 a.m. until the time of service at the church on Tuesday.

Memorial Contributions may be made in lieu of flowers to the Shoals Athletic Department.