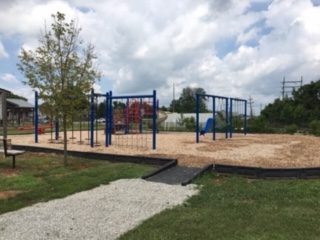 The first bidder was from Reynolds, with a 60 month lease of $50,778. The other bid was from Kenny Machinery, with a bid of $50,925.44. The board will look at the bids, and have a recommendation by the next meeting.

Parks Director Barry Jeskewich reports that small renovation projects were completed to help accommodate the new security system installed at the John Lowery Pool. The restrooms at the Bedford Garden Park are now complete. The bee hives have been installed at the Garden Park with plans on adding an additional beehive. Finally, the new scoreboard at Murray Field had a few issues that were fixed.

The Bedford Parks Department and Super Oldies Car Show had a total of 81 entries and they want to thank the sponsors of the event. There were a total of 35 awards given out during the event.

The PGA Junior League team won their first match last Sunday (July 7) with a total of 9.5 flags to 2.5 flags against Bloomington Country Club. They have been able to get some matches in following the first three being cancelled or re-scheduled due to weather.

PING has been re-scheduled for Sunday, August 4, 2019 from Noon to 3:00 p.m. There will be a sign-up for those looking to get fitted in the Otis Park Golf Shop for anyone interested.

The race will begin at 8:00 a.m. just outside the club and be conducted over the traditional course down Washington Avenue and back before finishing at Parkview.