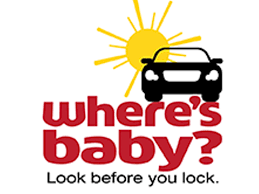 (UNDATED) – A 3-year-old boy died Tuesday in a parking lot at the University of Southern Indiana after being left strapped in a car seat all day, according to the Vanderburgh County Sheriff’s Office.

Vanderburgh County Coroner Steve Lockyear identified the child as Oliver Dill. Oliver’s father discovered him and sought help from the University of Southern Indiana Children’s Center around 1:45 p.m., according to the Evansville Courier & Press. The boy later died.

Oliver is the 19th child to die in a hot car in the United States this year, according to NoHeatStroke.Org, an effort to track vehicular heat stroke deaths backed by the National Safety Council.

KidsAndCars.org says last year was the worst year in history for child hot car deaths with a total of 52 children that died nationwide.

814 children have died due to Pediatric Vehicular Heatstroke (PVH) since 1998. All of these deaths could have been prevented. More than half of the deaths are children under 2 years of age.

Hot car deaths continue to take place because nobody believes this could happen to them.

As the summer months heat up across America, advocates are hoping to draw attention to the issue itself as well as their push for legislation to help address the problem. Dozens of children die of heat stroke each year in cars whose temperatures, even on relatively mild days, can quickly soar past 100 degrees. Many of those children were left behind by a distracted caregiver.

According to officials, who tested how quickly the inside of a vehicle heats. An SUV which was cooled down before parking it in the sun on a day in the mid-8os took 12 minutes until it was hotter inside the car than it was outside of it. After 20 minutes of no air conditioning the car seat in the back was reading 101 degrees and the dashboard in the front was reading 139 degrees and climbing.

The Hot Cars Act is a federal bill would require technology in all vehicles to help prevent these unthinkable fatalities. KidsAndCars.org is working hard to make sure it is passed quickly.

Lawmakers in Washington, D.C want to prevent children from dying in hot cars each summer. They’re pushing to make backseat alert systems mandatory in new vehicles. However, people don’t have to wait to invest in the life-saving technology — some automakers are already offering the protection as a standard safety feature.

Some automakers are already working to stop these tragedies with new technology.

The Kia Telluride comes with a Rear-Occupant Alert System that not only tells you on-screen that someone’s in the back but it’ll also set off the car alarm if you walk away. Other automakers like GMC and Nissan make vehicles with similar technology.

If a new car with rear occupant technology isn’t in the cards– first responders say these simple solutions can be just as effective:

One parent told officials they leave their left shoe in the backseat – establishing a new routine to always check the back seat before leaving the vehicle.

Elisa Greenberg, Director of Communications for The Institute For Childhood Preparedness says their organization is currently partnering with KidsandCars.org to prevent heatstroke-related illness and death.

They have created this helpful flyer with great heatstroke prevention tips.